Also be aware that these transcriptions come from a wide variety of sources and it may be that the transcribers idea of the song man not match the original. These transcriptions are being shared on this site for educational purposes only, please see our copyright page for more info.

Some of the songs are too long to display on one page, the screen display of these songs has been limited to one page , in these cases download the PDF to get the full song. You will find a link to the PDF at the bottom of each song page, right click it and use "Save target as" to download the file. But hopefully this post will get some of those people thinking and help push them in new directions!

I'm sure people will still post similar questions, but now you'll always have this thread to politely point them to! I used to be obsessed with the idea of finding cool voicings and progressions, but it took a while for me to see that the melody or melody in general is the whole thing. However, without me obsessing over chords at an earlier stage, I wouldn't not be able to dress my melodies up the way I can now. I love this because my philosophy has always been that chords don't actually exist. Now I'm being hyperbolic, but seriously, chords are just what we call moments in music where multiple notes are sounding at the same time.

I know you might say, "but chords do exist!

Do they? Not always. Sometimes looking at a group of notes and trying to define them as a chord is not the best way to define or think about what's going on. I encourage a lot of the people I work with to write with their ears rather than worrying about what chord progression they want. Thinking of supporting harmony as having it's own life and unshackling it from any chord or key can have a huge impact on your artistic development as a writer. I always say that a chord is undefined and ambiguous without context, so why worry about the progression until you have that context?


It's a mixture of things not just chords and progressions. Rhythm is as important. I've been a Mogwai and also post-rock fan for over 20 years, so this thread is very welcome but also comes as no surprise for me. Some of the best music can be made of 4 chords, or even 2 chords. If anyone likes what they hear I can give other examples. I tend to prefer Mogwai when they have those beautiful, delicate harmonies like in Helicon 1, Katrien, 2 Rights Make 1 Wrong and such.

But when they go on full blast, they're one of the best. I don't think they could top My Father My King , and I'm glad they're finding new, interesting directions to go. Not sure if I'm staying on topic here, but I think the way we think about chords is a bit weird sometimes. I think it has something to do with people complaining about pop songs using the same chords. I don't have proof or anything but based on the music I've listened, most songs are made out of rather common chord movements.

Different genres usually have their own "set" of these. I think chords are important for creating the mood. So if you want your song to have a certain mood, you might need the right kind of chord progression for it. In the end harmony is just a part of music, and its rarely the identity of a song. 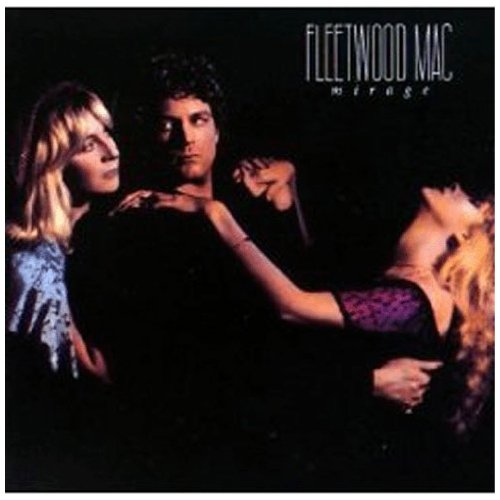 I believe it's a valid complaint up to a certain point. What I find annoying is when the musicians sound like they're unable to write a single song that is not built on those same four chords. It's the feeling that they're imprisoned by it. And worse: even if they choose to stick with those four chords, they can't do anything interesting with it.

Chords don't mean much; it's what you do with them. Cake Day. Looks like you're using new Reddit on an old browser. Red Rover. Running Through The Garden.

Silver Girl. That's All For Everyone. That's Alright. The Chain Fleetwood Mac - Rumours. Thrown Down.